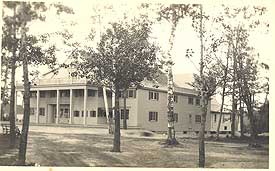 An important part of the community from the mid-1920s onward was the Lakewood Players theater group which provided "plays which bear the stamp of Broadway approval".  Set in Lakewood on the shore of Lake Wesserunsett, the theater still offers performances each summer.

Lakewood is a monument to the late Herbert L. Swett, its founder, who at the turn of the century envisioned a summer theater having all the grace, dignity and cultural attainments of a famous Broadway Theater. 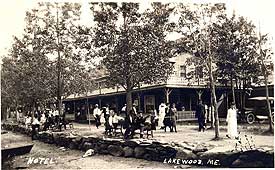 In 1901, Mr. Swett opened his theater with the slogan "Bringing Broadway to Maine."  To the theater was added a fine restaurant and motor lodge, and the Swett family carried on Mr. Swett's dream, carefully nurturing it.

Lakewood Theater was the major summer tryout for productions hoping for Broadway success, and "Life with Father", which went on to Broadway for 3,224 performances, premiered at Lakewood in 1939.  Luminaries who graced the stage at Lakewood included Humphrey Bogart, Betty White, Mickey Rooney, Milton Berle, Jessica Tandy and many others.

Travel to Lakewood.  From 1895 to 1928, the Somerset Traction Company ran a trolley from the Madison Depot on Main Street to Lakewood (from Route 43, past Blackwell Hill, into the woods to Lakewood) and from Lakewood, it would go to Skowhegan (to the Skowehgan Depot which is now the Ford Motor Company).  The trolley gave way to the automobile.  And now on the spot, where 150 years ago only a silent indian passed down the trail to the shore, may be found, on a summer evening, visitors from every state. 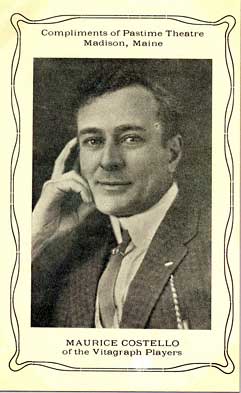 Lakewood is American's oldest and most famous summer theater colony and has been designated "The State of Maine Theater" by Governor Kenneth Curtis back in 1969.

The Margaret B. ferry was a common mode of transportation on Lake Wesserunsett at the turn of the century.  The wharf was a couple hundred feet long in order to dock her.  The Margaret B. was intentionally sunk on August 15, 1922.